I had read about Lahaul and Spiti  in a book अरे यायावर रहेगा याद  (Arey Yayavar Rahega Yaad ) a long time back . Though I don’t remember much details now, but visiting the place became a ‘thing to do before I die’ for me. I love trekking in mountains, but never had the opportunity to do so  in way that I like. So when a chance came up to visit the place on a solo trekking trip, I dropped everything else for this .

The place is remote, rugged and not easy to travel compared to most other tourist destinations. So it took some preparation, physical as well as material. One needs good stamina for trekking specially at that altitude of 4000m +.  Just lifting weights and beefing up muscles is not the solution. I could write something on this but I’m hardly an expert and this blog is not the place for this topic either. Choosing luggage, tools etc was another area where I had very little experience in. I browsed a lot of websites, asked a lot of silly questions but managed to gather a list which could help me survive the trip. I picked up a 70 litres rucksack, sleeping bag, multi-tool  from Delhi and bought  propane stove, tent,  mat, ready to eat meals, etc from Manali. This was in addition to the  other stuff that one carries like clothes, first-aid kit, high energy snacks etc. 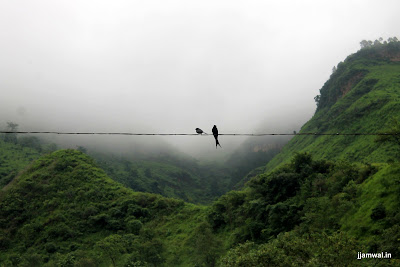 I reached Manali on 15th August via a Volvo bus. Now I’m thinking of avoiding these buses operated by private operators as they are generally in poor condition, seats are mismanaged and the staff is rude and stupid.  Even that bus ride was late by 2-3 hours and reached Manali by 11:30 am. I had woken around 6 before that when the bus had stopped at a roadside dhaba for breakfast. Don’t know the place’s name, but it was very green and beautiful. After sometime, one could see apple orchards along the road with almost ripe apples hanging from branches.   After that, I was unable to go back to sleep and kept mostly awake till the bus stopped  in manali 5 hours later. I didn’t feel like roaming around searching for hotels as I wasn’t going to stay there for long. So followed a tout to the nearest hotel which didn’t turn out to be all that bad. After a quick shower and an early lunch, I stepped out to explore the city.

New Manali is just a crowded and noisy market typical of many Indian cities. So I quickly  left the place and walked up to Hidimba Mandir. A lot of tourists there too, but atleast it had a good tree cover. The temple like most other  temples in Himachal is made of timber and earth. Her son with Bhim, Ghatokach has a place beneath some trees just a few meters away.

From there, I walked down to Old Manali half a km away.  One has to cross a bridge on a Beas tributary which seemed flooded to me. But for locals, it was normal water level. After walking through the market, one comes across an old temple dedicated to Manu, who is considered  progenitor of human race according to Hindu beliefs.   The outer structure of temple is around 20 years old compared to centuries old inner sanctum.   A foreign tourist was trying to teach some local kids whistle using a grass blade without much success. Old Manali still maintains the character and charm of an old town in places and thus is a better place for people trying to escape the chaos of cities. Although the shops and eating joints are tailored towards foreigners, it’s not as annoying as New Manali. After spending some time there, I wandered around till I found a signboard with directions for Vashisht Kund 3 km away.

One can enjoy hot water bath at any time of year there. The water has a slight smell of Sulphur and the temperature is just right for soaking  in for a long bath. A temple alongside is dedicated to ancient Indian sage Vashisht. After the temple, I walked to a roof top restaurant nearby to eat something. The river,  mountains and apple orchards offered an amazing view from there.  It was getting dark by then, so I walked back to my hotel to sleep.

Next day, I was out of hotel by 9:30 and searching for a place to have some breakfast. All Tibetan owned shops were closed due to a protest against Chinese atrocities in  Tibet. I  Settled for honey porridge and mint tea. As I was awaiting for food to arrive, I noticed a Tibetan procession protesting against Chines atrocities in their homeland Tibet. People were walking quietly in a straight line carrying banners . It was very different from usually noisy, disruptive and chaotic marches which are the norm elsewhere. But I don’t think that Tibet can win freedom using non-violent means like these. No oppressor has been thrown out just by non-violent protests.  I did sign their petition though when one volunteer requested it later in evening. Alongside Beas river bank, authorities have put aside a wooded area for a park called Van Vihar where people can stroll through enjoying the woods. Even though the area was a bit littered, a relaxed walk was a nice experience.

After that, I walked around in market searching for camping gear which I hadn’t bought till then. Some places rent gear too, but buying it was only slightly more expensive. Bought a few packs of ready to eat meals, chocolates, biscuits, fruits etc which must’ve added at least 4kgs to my backpack.  Arranged for a seat in a shared Tata Sumo taxi which left at ungodly 4:00am in morning. If you leave later, you can’t reach Kaza in time. As I was going to Chandrataal Lake, my stop was in Batal or Kunzum La. But the price was same. I paid the driver some advance and asked him to make sure that he calls me at least once in morning and walked back to my hotel to pack. It took some work, but I was finished by 10:00 pm. Everything in a single bag that one can sling over back. Nice.  Set an alarm for 3:30am, went to bed but kept watching TV till 12:30.

NEXT:  Journey from Manali to Chandrataal (Chandertaal) Lake

4 thoughts on “To Spiti from Manali”