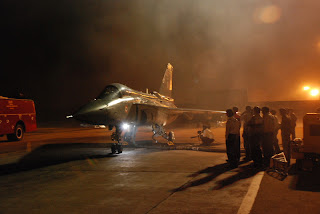 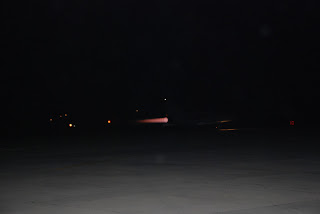 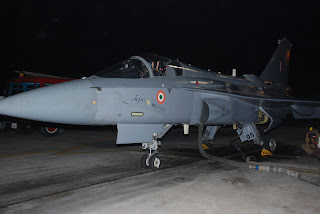 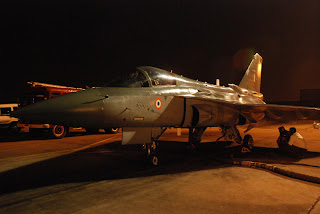 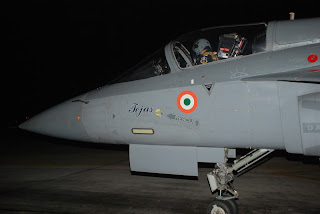 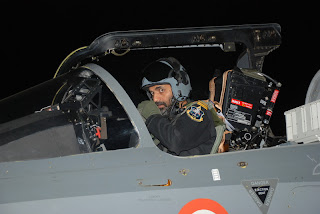 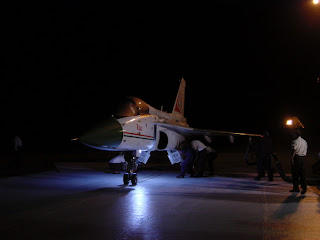 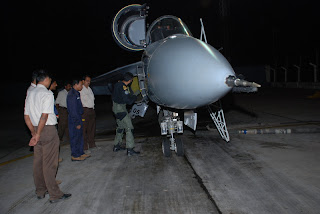 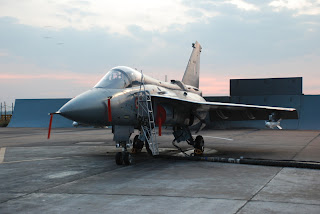 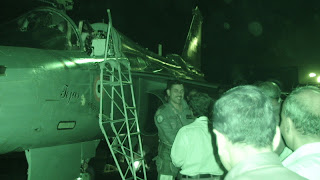 (PTI) The indigenous Light Combat Aircraft- Tejas, fitted with advanced sensors like Multi Mode Radar (MMR) Litening Pod (Day and Night imaging sensors), was checked out during night flying, Defence Research and Development Organisation said today. These sensors when integrated with the on board weapon system, makes it a potent multi-role combat aircraft, a DRDO statement said. The first phase of the night evaluation in which six night flight sorties were conducted was held yesterday, it said. “The preliminary results indicate that the integrated system performed very well, meeting the requirements of night operations. Flight trials were conducted by the National Flight Test Centre at ADA (Aeronautical Development Agency)”, the statement said. In addition, the avionics suit includes the state of the art Helmet Mounted Display System (HMDS) and Instrument Landing System (ILS), it said. To prove Tejas’s night operational capability, all these systems needed to be tested and evaluated following a detailed flight test programme during night flying in moon phase as well as dark phase, it said. LSP-5 aircraft, which has the required cockpit lighting standard to support night flying, was used for these trials, the statement added. The night flying was started after a series of ground evaluations of the integrated system in static as well as taxi phase under different lighting conditions, it said. With the conclusion of the first phase of night evaluations, the mood is upbeat in Team Tejas. Success of the current phase of trials augurs well for achieving night attack capability for Tejas in the near future, it said.
Source for article and photos