Next morning, we woke up just after sunrise to a very cold morning. A shepherd had brought his flock of sheep and goats downhill and was sitting outside dhaba waiting for a cup of tea. He had a few dogs with him, each one wearing a thick metal collar meant to protect it from attacks from 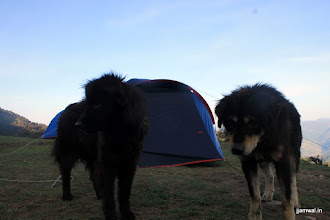 leopards which live in forest. I have heard that these dogs are fiercely independent and not very friendly towards strangers. I had even experienced it first hand during my visit to Spiti. But these two were friendly and after we fed them some biscuits, wouldn’t leave our side. They did go off barking towards a heavily wooded area nearby to scare away some monkeys (I guess).
I walked on further before breakfast was ready and spotted a few birds and some pikas. Latter are sluggish in mornings and very active during day. After breakfast, we fed a few crows again and then started walking towards Tungnath Temple. A stone and cement track is what most pilgrims visiting temple usually take. There are a few 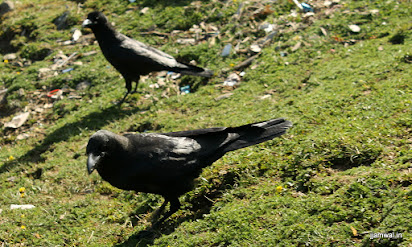 shortcuts, but owing to whatever I know about such “time savers” we preferred the longer route.
It was fairly easy but we flat footed city dwellers were out of breath in no time while Pammi walked on happily.
The view from the route was fairly interesting with number of trees all around. There were a few shops and grounds which are occupied only during summer season and lay vacant during winters. Trees in the area were covered with lichen and some kind of cotton thing.
After hiking for about 50-60 minutes, we found some snow lying here and there. But most of it was hard as ice. We could see Chandra Shila and it looked beautiful covered with snow. After a while, we probably crossed the tree line and from that point onwards, the vegetation was limited to small bushes, grass and a few wild flowers. It was sunny but a chilly wind was blowing. 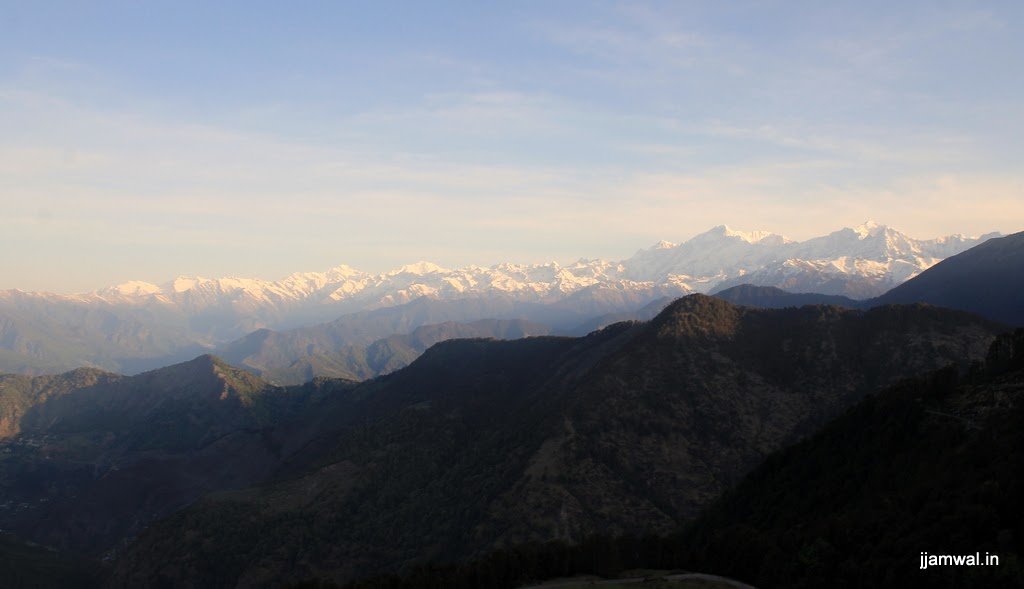 After a hike of about 2 hours and 3-4 rest stops, we finally managed to reach temple area. There was a small dhaba where we had something to eat, don’t remember what. Or may be we ate after coming back.

The mountain from that point onwards was covered in ice and snow apart from the places where it was cleared by people and it was melting too. Water was every where and stone path was very slippery. We walked up carefully to reach the temple. A few workers were preparing for some religious ceremony of opening the temple for visitors, 1 or 2 days later. Tungnath Temple is the highest Shiva Temple in the world at 3860 metres. 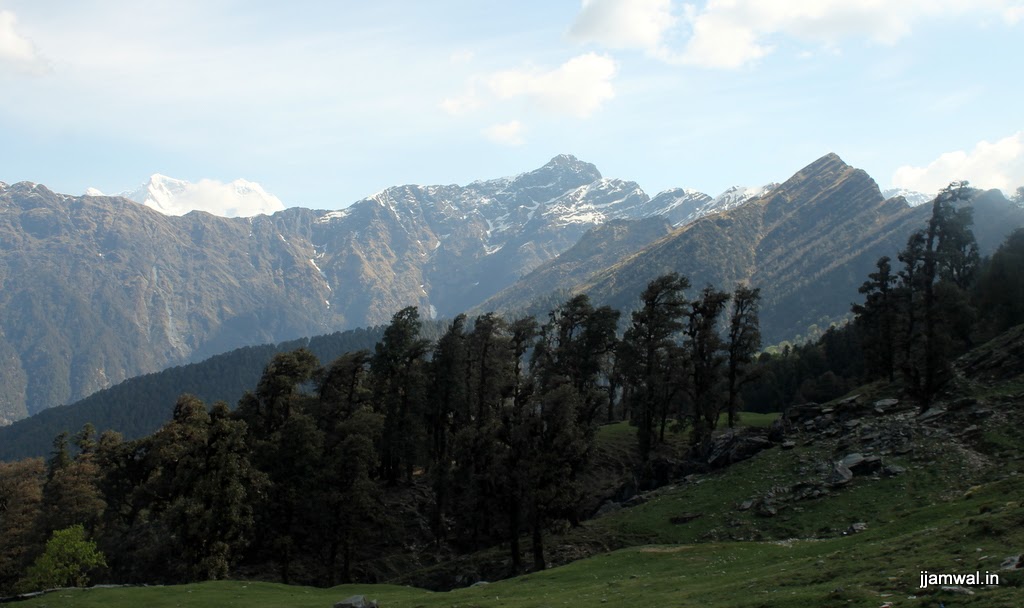 But our destination was Chandra Shila, peak of the mountain at about 4000 meters. The small path was covered in water from snow melts every where and was a bit difficult to walk upon. Last stretch which was a climb of about 80-100 meters was steep and completely covered in 2-4 inches of hard snow. I followed Pammi’s lead as he hiked up but struggled to keep up. But after a while managed to reach the top. There was a small temple on top of the peak where a family was doing some kind of prayer ceremony. Another very small temple kind of place was built on other end. Didn’t expect that there. But considering the annoyingly prevalent religiosity of people, I should have expected that. As is the norm with all almost all religious people, the plastic bags and sweet boxes were chucked away casually down the hill after their apparently holy religious deed was done. When I asked the purpose, the guy answered that it was for the jungle goddess. Goddess which loves plastic bags and plastic lined cardboard boxes. 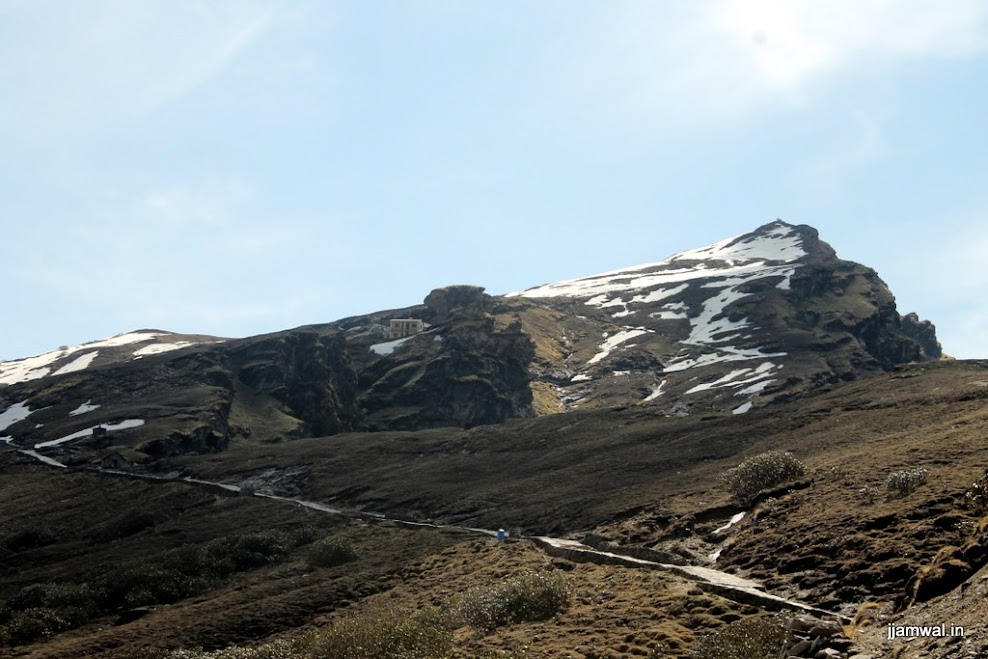 I walked a bit further and rested taking in the views. Chandra Shila is one of the highest peaks in the region and views were really great. Saw a few crows flying at even this altitude and a few pikas on ground. A very strong breeze was blowing at the peak which made even standing there a bit difficult.

After enjoying the views for 20-25 minutes, it was time to go back same way we had climbed up. But on the way, I slipped, landed on my ass and started sliding downwards. On the way, I crashed in to Pammi and he joined me in the impromptu snow slide ride. We managed to stop after a few meters. Nothing was hurt though except for a light snow burn and uncomfortable wet feeling.

On top of Chandra Shila

Walk down the mountain was uneventful, except for the fact that we took a shortcut. It wasn’t all that bad since we were going down and reached our campsite in about 80-90 minutes. After a hot cup of tea and snacks and resting our limbs, we went on another walk up the road and came back just before dark. While we were in dhaba, an interesting incident happened. There were two foreigner hippy backpackers, by their attire and looks eating something. They were staying in one of other places up the road. After they paid the bill and left, one of them came back searching for his half full water bottle. He claimed that he had left it there. Dhaba owner, just gave him a funny look and handed him a new water bottle. Few minutes later, that man was back again apologising that he had found his original bottle and gave the new bottle back.
I wonder what would have happened in any other place.
Whenever I am in a place like this, away from city lights, I spend some time star gazing. But the night was cloudy with strong breeze. So I just crawled in to the tent to sleep. We had a longer trek to do next day. 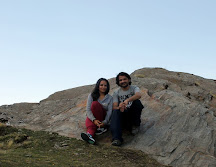 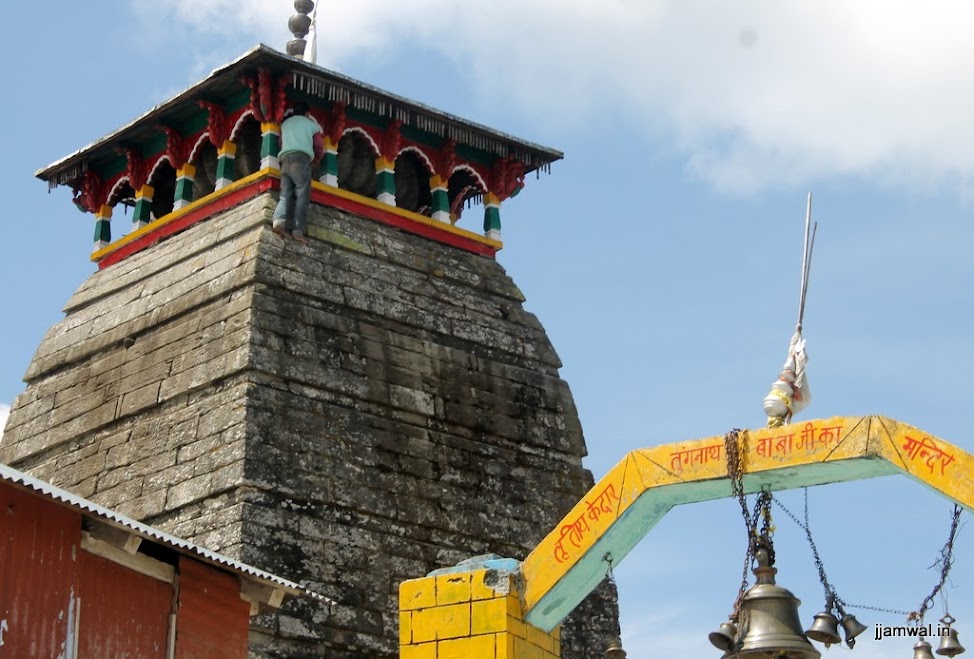 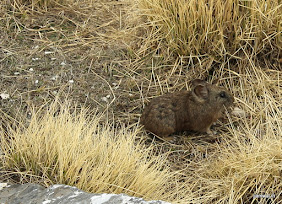 Found this Pika on top 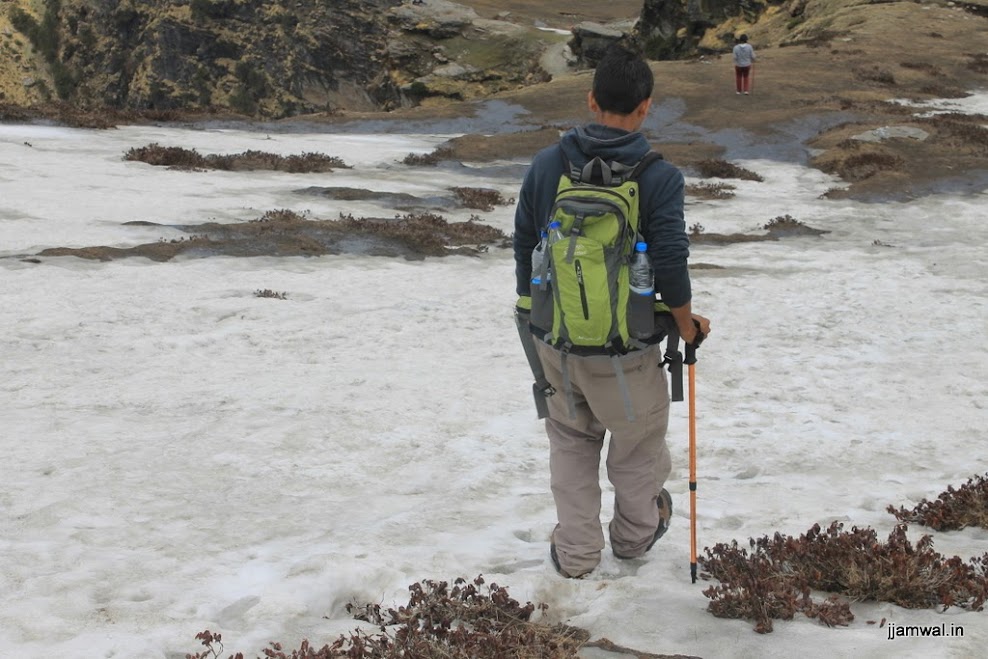 Pammi just moments before I crashed into him 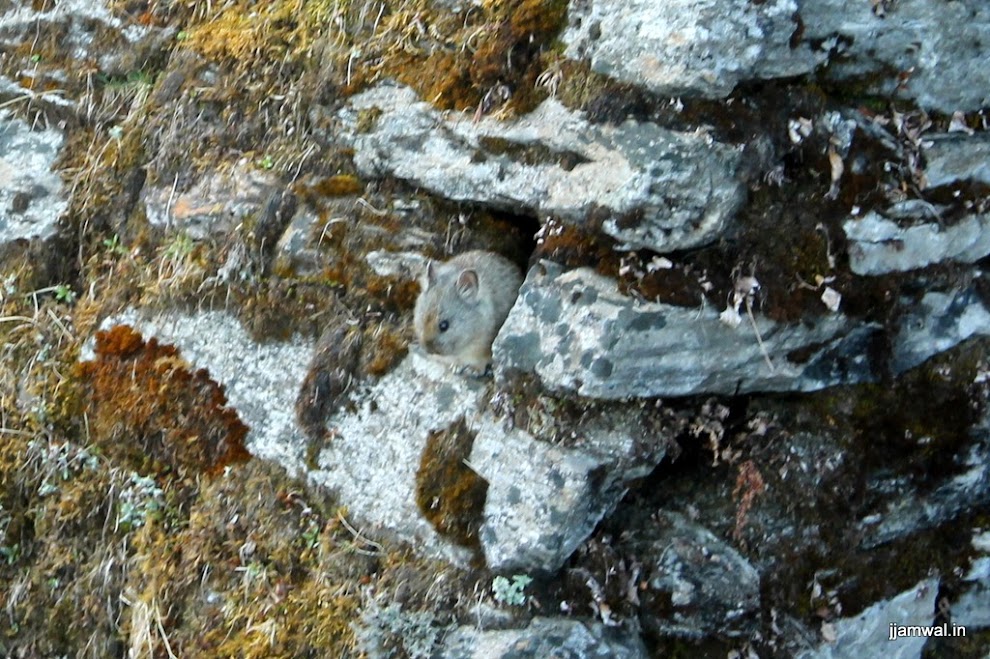 One Pika I found near campsite 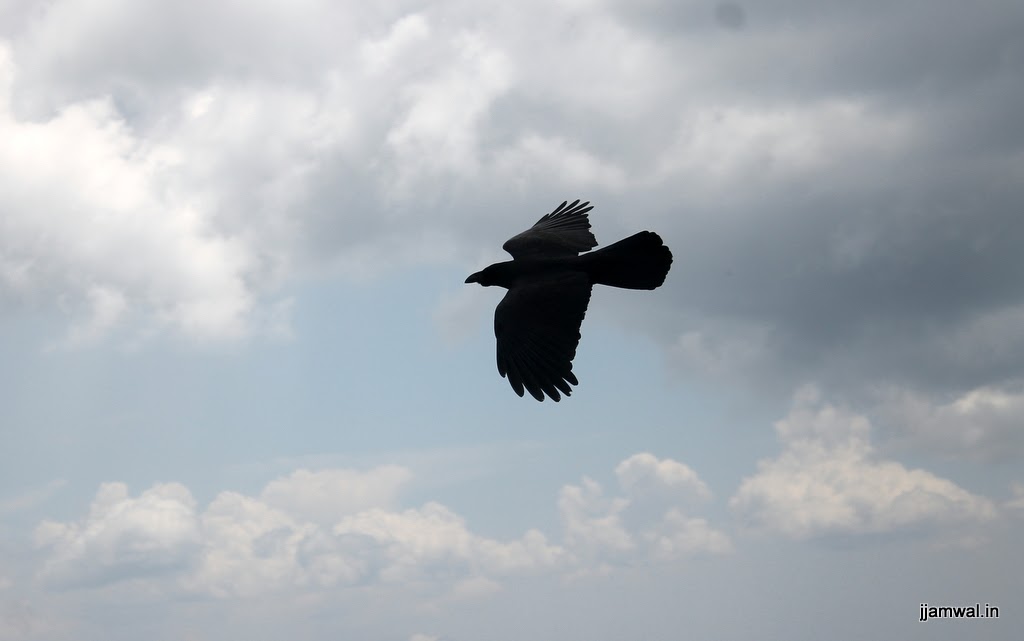