Next morning, we were supposed to leave at 4:30 am, but managed to do so by 6 am. We had a Tata Sumo driven by a driver named Rana and our guide was Pammi. 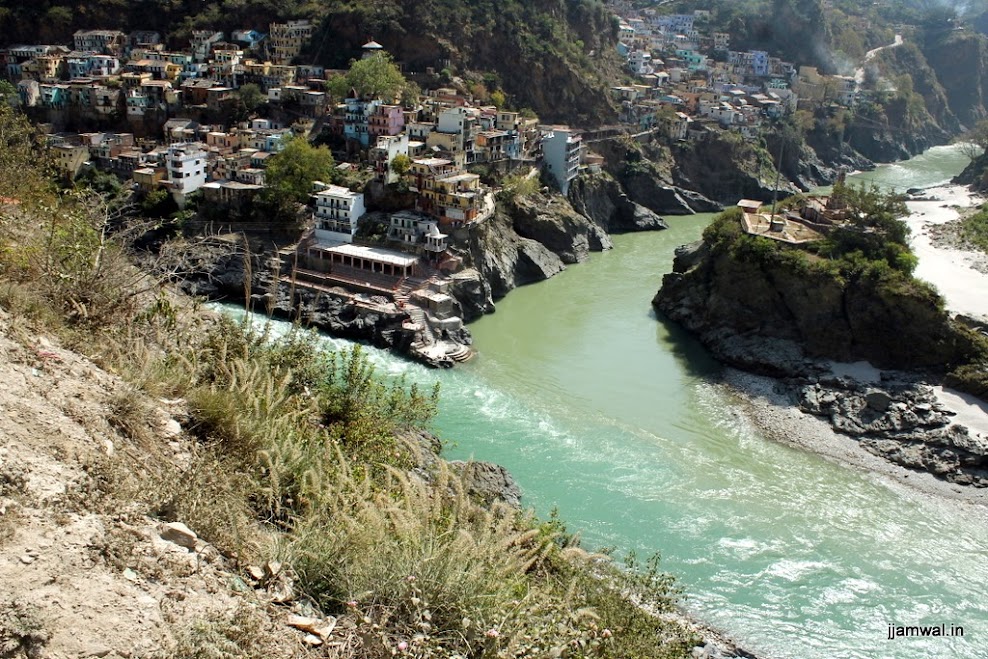 There are two ways to do this trek. One is to start hiking from Deoaria Taal towards Chopata till Chandrashila and the other is it’s opposite. We took the second option and drove directly towards Chopata. On the way, witnessed the destruction caused by floods last year. Workers were working almost all along the route to repair the damage but it was huge. Some villages were completely wiped out and vehicles, houses and even bridges were lying toppled over like toys. People are getting too greedy, destroying eco-system and constructed houses and shops wherever they wish without caring about stability of mountains and greenery. A lot of the destruction could have been avoided if the construction was planned properly. 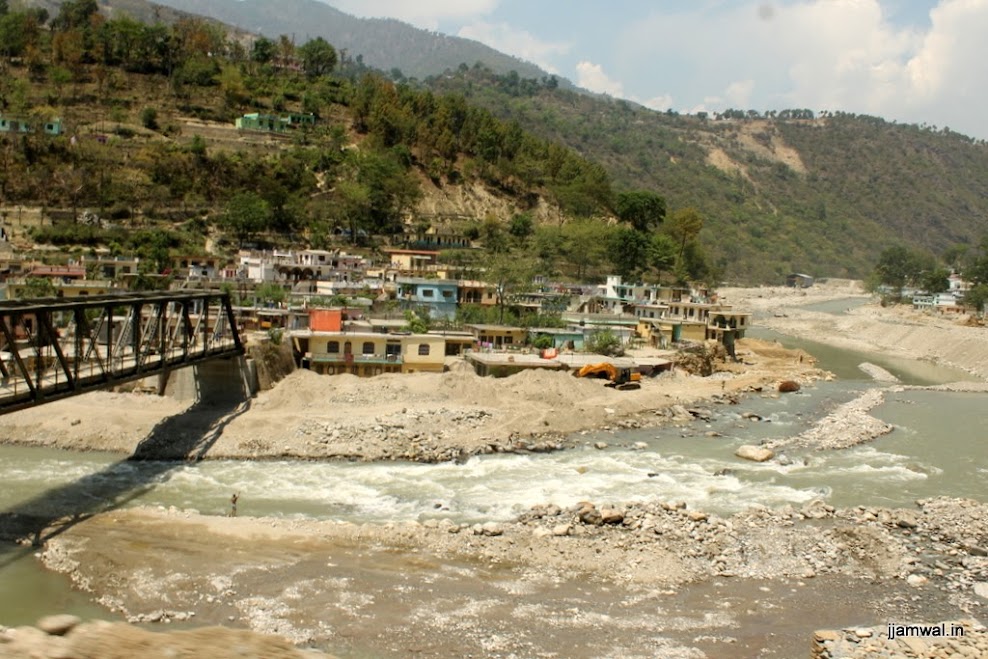 A destroyed village on the way

After Ukhimath, the area was less populated, greener and cool. We could hear a lot of bird calls but were able to spot only 2-3 of them. Unlike the places which saw significant damage due to floods previous year, this area was spared any such thing. The roads were more or less OK but had a few bumpy stretches every now and then. We reached Chopata a few hours before sunrise and stopped at a two-storied dhaba kind of place run by a family. Pammi’s older brother was already there resting after finishing up a trek with some other trekkers who were relaxing nearby. Upper floor had kitchen and eating area and the lower floors had a couple of rooms with beds for guests. 3 foreigners were staying there already and had just finished Deoria Taal to Chandrashila trek. We had a late lunch and went on a walk down the road. Tungnath Temple was just on top of the mountains we were at but not visible. Entrance to the visitor’s route was half a km from our place and had a few shops. There were a few other dhabas and shops which were still not open for the season. We were lucky to have visited just 2-3 days the temple opened for visitors. Otherwise the place would have been swamped with pilgrims. 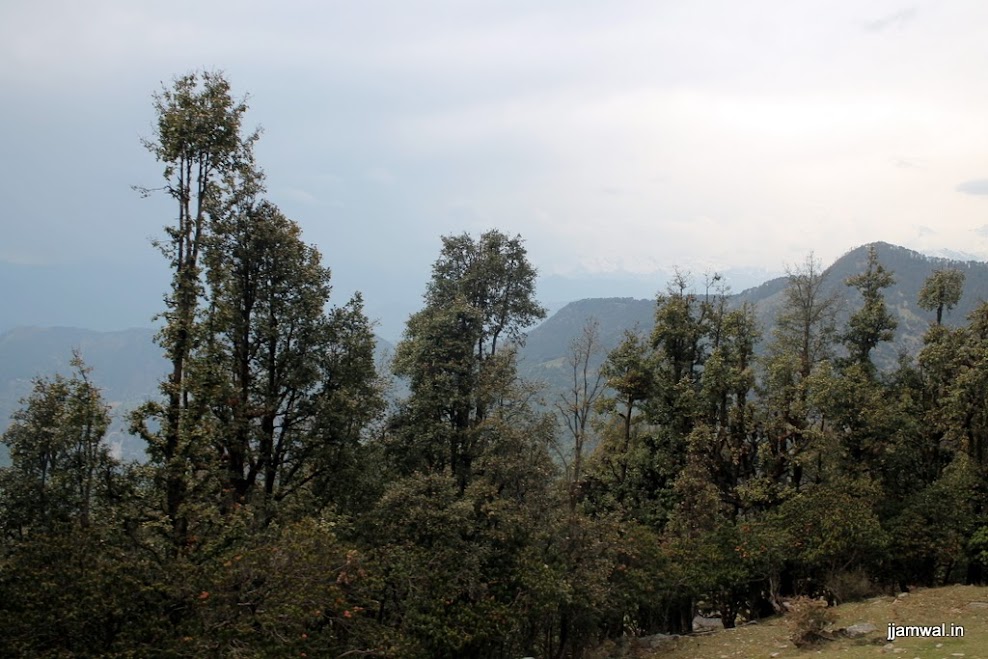 Here we saw a number of mountain crows which are fully black and bigger than what we have in plains. They seemed to be much less shy and came as close as 2-3 feet of people. I fed them some biscuits and in no time, a group of 8-9 were sitting around cawing for more.

We walked for a couple of kilometers beyond the entrance area down the road. A very strong wind was blowing at the  time and it was getting colder every minute. Almost all trees in the area lean towards a certain direction due to these wins.  Views of the valleys and forests were pretty nice even in low light. A lot of mountains at some distance were 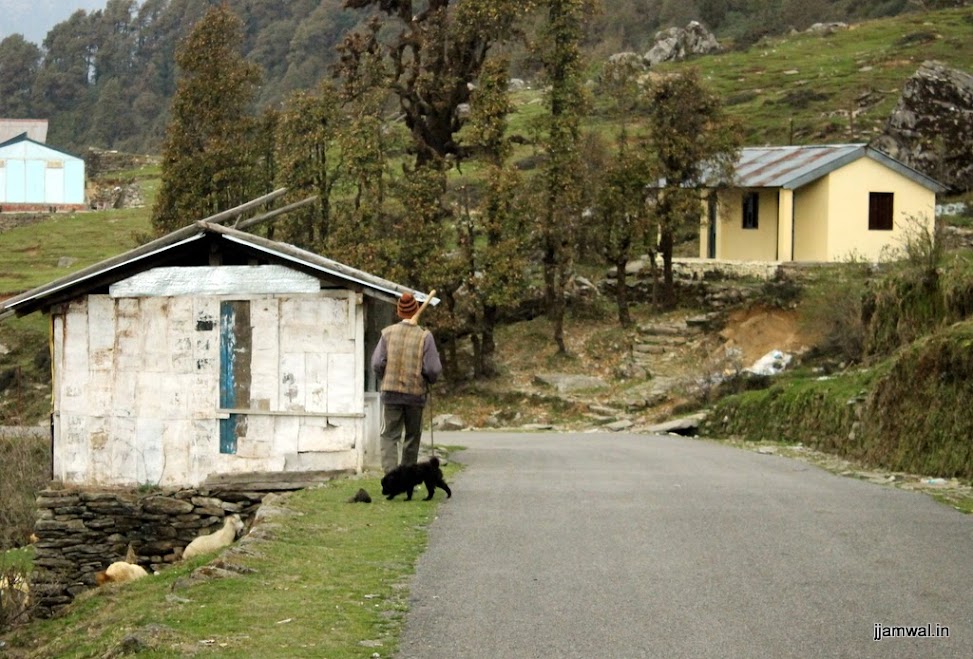 A shepherd and his puppy

covered with snow. After we reached back, we huddled around the fire. Even in Rishikesh it was near about 40 degrees, but Chopata was cold. By this time, Pammi and Rana had set up tents and dinner was ready. It was simple meal of daal, chawal etc. After dinner, we took out stuff we needed for next day and went to sleep.